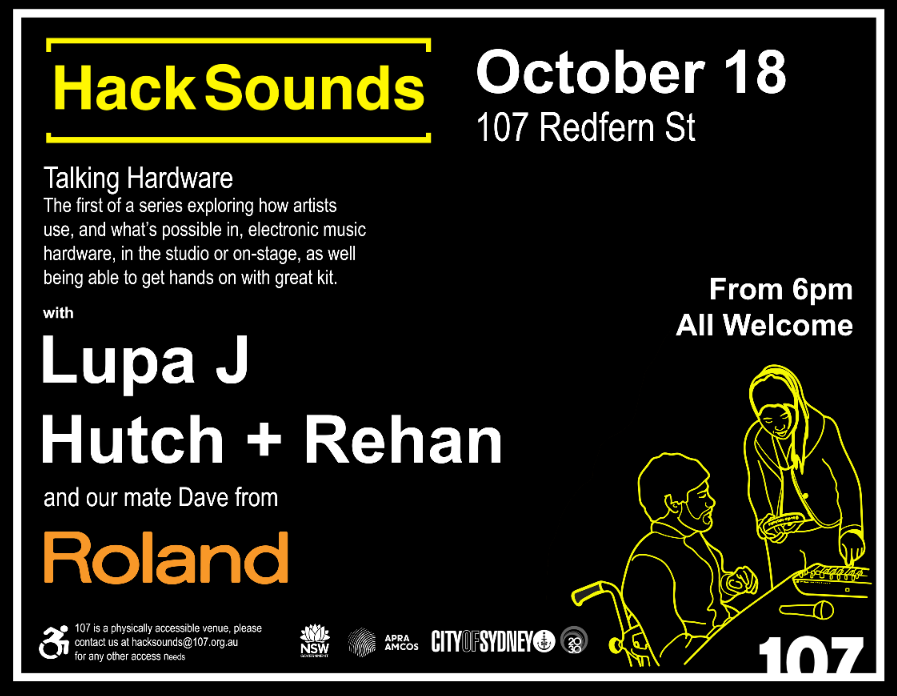 Electronic artists/performers Lupa J and Hutch + Rehan (the musical elements of Sydney based live D’n’B outfit Kobra Kai) will join us to talk about their gear, both in the studio and on-stage, their process, and offer thoughts on the future of electronic music tools. They’ll also perform a few songs live to demonstrate how they extract the maximum awesome from their gear. It’s an open session, so feel free to join us, but please do RSVP so we have a vague idea of numbers.

Our old mate Dave from Roland will also join us to run us through their new-ish Tr-8s, and quite possibly, something brand new.

As usual, we’ll have sweet gear set-up around the venue so you can get hands on at your leisure. 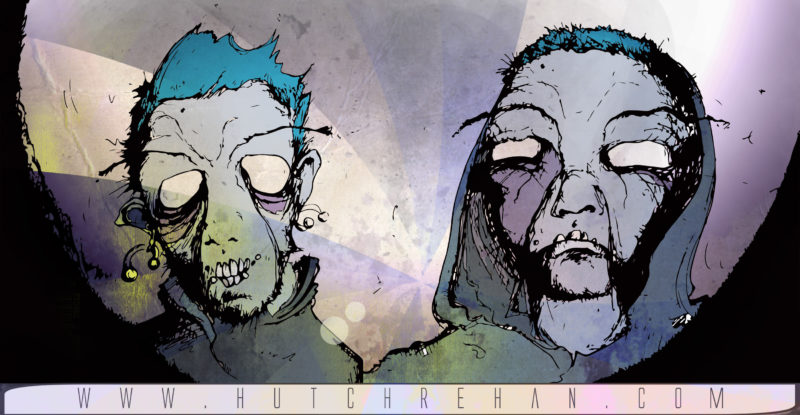 Hutch + Rehan are an electronic music duo based in Sydney, Australia. If you like the sound of drum and bass and glitch hop, the production of Opiuo and Icicle and the live energy and musicianship of Nerve or Netsky, Hutch + Rehan deliver.

The two have worked together as drummer and synth-guitarist in different projects for over ten years, combining their electronic production and musicianship on stages around Australia including many of Australia’s major music festivals. The duo in it’s current form
began in 2013 with the intention to visit new artistic territory and find a new expressive space in electronic music. After several short play releases through record labels Adapted and Inna Riddim early in the piece, drummer Andrew Hutchings later took on numerous tours with
electronic music mastermind Mr. Bill. In Australia, Canada and extensively throughout the United States. 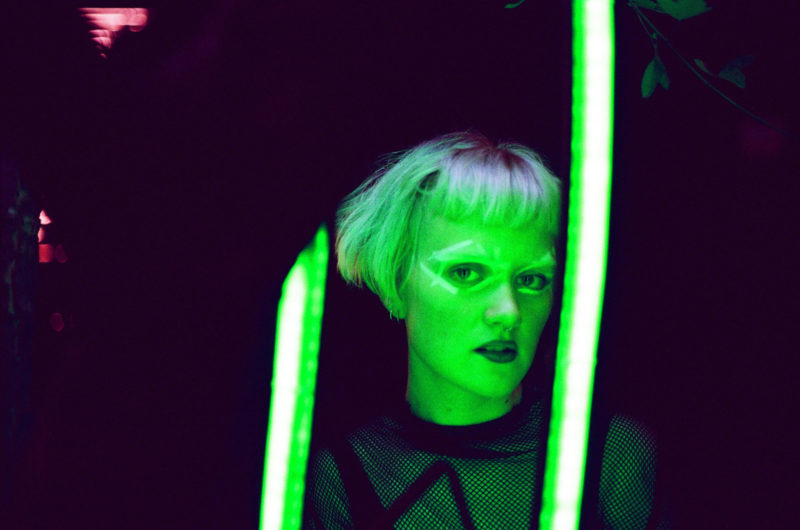 Lupa J’s fresh sound immediately attracted the attention of international music tastemakers when she posted her first three songs on Soundcloud at the tender age of 15.

A graduate of Unearthed High, Lupa J has proven herself as a gifted songwriter and producer. With three EPs and a plethora of impressive tours under her belt, which include Grimes, Sarah Blasko, Alice Glass (Crystal Castles) and Tegan and Sara, it’s no wonder she has found huge international support with the likes of Stereogum, I-D Magazine and Rookie.

Following an invitation to showcase at BIGSOUND 2017, Lupa J was praised for her live performance, peaking at #8 on the Bigsound Buzz charts and having her single “Keep Back” featured on The Music Networks ‘Nine Aussie Singles That Killed At Bigsound’.

Last year delivered Lupa J a national tour opening for K.Flay and saw her receive Triple J premieres, rotation on RAGE, FBi rotation for her singles “Put Me Back Together”, “Keep Back” and “Moth”, with “Keep Back” hitting #1 on the AMRAP Metro Charts. Lupa J has established a strong fan base, boasting 1.4 million total streams on Spotify. 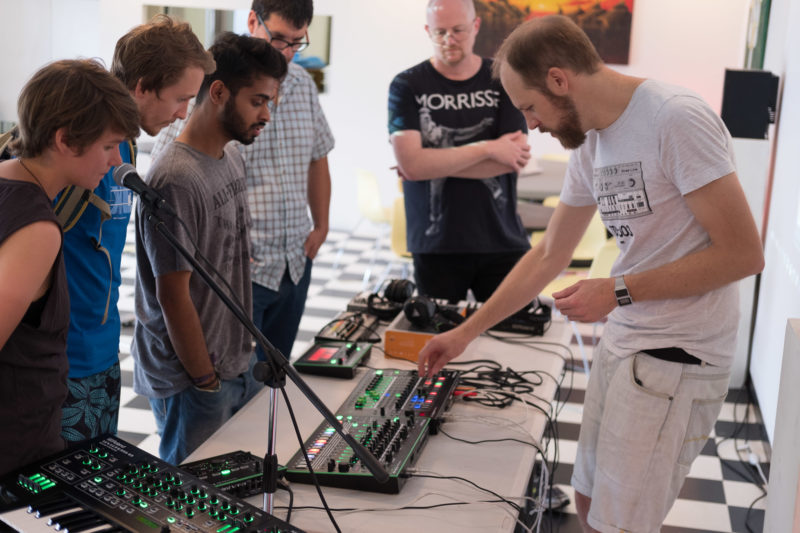 Dave is a legend. He’s been a regular visitor to Hack Sounds, bringing along a kit-bag full of fresh Roland goodies. This time around, he’ll set up a bunch of Aira and Boutique gear in the social space for playing with, and do a demonstration of their new-ish TR-8S, an update of their excellent Tr-8, only this time with 100% more sampling (hence the S). He may sneak in a brand-new bit of kit too, but shhhhhhhh. No, really sshhhhhhh.

UPDATE: It’s the Aira VT-4 Voice Transformer, the update on the VT-3, but actually a whole new beast. It’ll get you layering up some mad layered harmonies, or singing “Bahn, Bahn, Bahn, It’s an Autobahn” faster than you can possibly imagine. We’re lucky enough to be probably maybe the worldwide public debut of this lil badbwoy.